The restaurant will expand the culinary experience to include shareable sidedishes 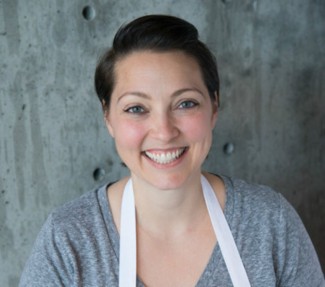 (Seattle, WA) Carrie Mashaney’s culinary star has been rising ever since she moved to Seattle in 1998, landing supporting and leading roles in some of the city’s best kitchens (Cafe Juanita, Spinasse, Aragona) and competing on Bravo TV’s Top Chef in Season 11. Now, Carrie has assumed the Executive Chef position at mamnoon, replacing Chef David Gurewitz to oversee both savory and dessert menus. After mastering the dessert program at mamnoon, Carrie is now enthusiastically reading, tasting and creating dishes and collaborating with owners, Racha and Wassef Haroun.

In her quest to learn more about Middle Eastern culture, traditional flavors and techniques, Carrie will continue mamnoon’s award-winning tradition of bringing new Syrian, Lebanese and Persian dishes that will broaden Seattle’s palate and appreciation for these deep and broad cuisines. She will also expand the spectrum of offerings to make it easier to choose the specific dishes that they want to eat.  As such, Carrie will be creating a mixed grill plate of skewered kabobs, where guests can try one each of the delicious meat preparations (lamb kefta, beef, chicken and fish) served with their superlative, house made, unleavened markook flat bread and a mezze sampler plate of their favorite spreads to include: hummus, muhammara, baba ghanoush, shamandar bi tahini.  “Dining with friends and family in the Middle East is all about abundance and hospitality,” says Carrie.  “I’m excited about these shared plates because it is relative to the culture. We want to offer guests some of their favorite dishes in a format that makes them ideal for communal dining.”

In addition to dinner, Carrie will oversee items available from the take away street window, including the much anticipated return of falafel and hara frites, weekend brunch, breads and crackers. Always the pastry chef at heart, she will further expand her sweet and playful spin on mamnoon’s delicious desserts.

mamnon street
Located in Seattle’s Regrade district, mamnoon street’s menu includes Mana’eesh (fresh baked flatbreads), sandwiches (falafel and kefta arayess), Mezze and small plates (hummus, baba ghanoush, fattoush and quinoa tabbouleh), but with the addition of roasted lamb and chicken shawarma. Mamnoon street has a full-service bar with a selection of beer on tap, an assortment of cocktails and a curated list of red and white wines available by the glass and bottle. Mamnoon street is located at 2020 Sixth Avenue, Seattle 98121  Mamnoonstreet.com