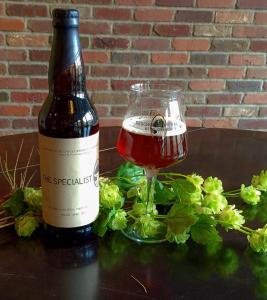 Are you ready for the ultimate block party? Deschutes Brewery is shutting down the streets in cities across the United States this year with its all-new Street Pub. If you aren’t able to make it to Oregon to visit one of the brewery’s popular public houses in Bend or Portland, this traveling show brings the pub experience – on which Deschutes was founded  direct to fans with the worlds biggest transportable bar. In each city, a charitable match fund will be created with a local nonprofit  bringing people together for good.

“We were founded as a small downtown public house more than 26 years ago, and the personal connection with our patrons is a core part of who we are”, said Field Marketing Manager, Joey Pleich. ”There’s nothing quite like the discoveries made while sitting elbow to elbow, pint in hand, at the pub. The Street Pub is our way to bring the essence of our pubs to fans across the nation.” 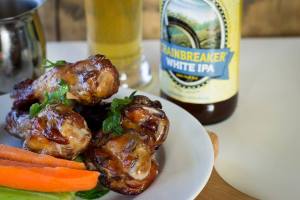 Deschutes Brewery’s Street Pub is 400+ feet of fun, making up an outdoor pub of epic proportions. Crafted from reclaimed wood and steel, the Street Pub is a one stop shop to try of all of Deschutes Brewery’s beers, from the coveted Reserve Series rarities (think The Abyss) all the way to year-round favorites like Black Butte Porter and Mirror Pond Pale Ale. Pair those beers up with culinary creations from Deschutes Brewerys Executive Chef, Jeff Usinowicz, and live local music, and you have a street party thatis truly crafted for community.

Grab your friends and check out the Street Pub experience in one of the following cities:

The series will kick-off with a soft launch in the brewerys hometown of Bend, Oregon on May 9, setting the stage for the gang to pack up and hit the road.

Always a huge supporter of community, Deschutes Brewery donates $1 per barrel sold each year to nonprofit organizations. The Street Pub is part of a new charitable initiative in 2015 to encourage participation from fans and help give charitable organizations greater exposure. In each city listed above, a local charity will be selected and proceeds will benefit its mission.