Colleagues, friends, lovers, and enemies come together to celebrate Pumpkin Spice Latte’s iconic career via a comedy roast A bit of fun by Native Pumpkin Spice Latte shocked fans across the globe today by announcing that they’re officially throwing in the (bath) towel on their short-lived career as a Deodorant and Body Wash scent. Gourd help us all. This pumpkin-shattering

END_OF_DOCUMENT_TOKEN_TO_BE_REPLACED

A Shift in the Direction of “You”

Posted on August 5, 2021 by Basil & Salt Magazine Leave a comment

Find the version of YOU that you’ve always been looking for. Practice self-care. We here this a lot, but do you actually know what it means? Do you know how to put it in to practice? Self-care doesn’t mean self-indulgent. It doesn’t mean being selfish. What it means, is you need to take time to fill your own cup. Unfortunately,

END_OF_DOCUMENT_TOKEN_TO_BE_REPLACED

Quick Bites – Enjoy the Solitude of a Table for One

Does dining solo give you the jitters? Follow these tips and master the art of eating alone. **listen to the episode on Spotify – the link is below. “Just one?” “Yes” I say smiling. “Please.” “No one will be joining you”? “No, but thank you for asking.” As the world re-opens and we begin dining out more, I am prepared

END_OF_DOCUMENT_TOKEN_TO_BE_REPLACED

Safety First: Risky Drinking Can Put a Chill on Your Summer Fun

Up to 70% of water recreation deaths of teens and adults involve the use of alcohol. Here at basil & salt we post a lot of cocktail recipes for our readers. While we enjoy delicious libations, we also advise moderation, safety and of course, that alcohol consumers be of legal drinking age. Summer is typically a wonderful season for outdoor

END_OF_DOCUMENT_TOKEN_TO_BE_REPLACED

it’s all in the timing

Spring has sprung yet it came in with barely a whisper. With so much going on in the world, did any of us really even notice spring’s entrance this year? All of the changes over the past couple of months have brought uncertainty to the forefront as we wait for  the world to turn again. What we do know is,

END_OF_DOCUMENT_TOKEN_TO_BE_REPLACED

Posted on September 26, 2017 by Basil & Salt Magazine Leave a comment

True Story. One afternoon about two years ago I received a life-changing email. A gentleman from a national media firm mentioned he thought I would be a perfect fit for a Seattle company they had in their portfolio. It had the same focus as my online site and they were looking for an editor for a term of 6-months minimum

END_OF_DOCUMENT_TOKEN_TO_BE_REPLACED

Cooking for a Tibetan Lama: A Singular Experience 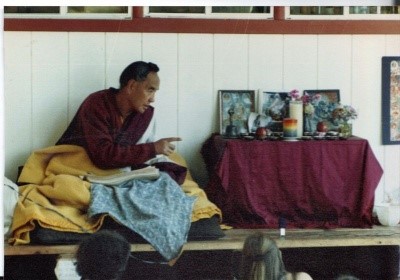 The photograph is from a web page titled “Chinese Buddhism.” The caption reads: “Gonpo Tseten Rinpoche transmitting the Yeshe Lama, Forestville, CA 1981” I’m almost positive this photograph was taken on the ranch that summer. During the summer of 1981 I was living on a ranch in Northern California working on a writing project, which ultimately proved unsuccessful, however that’s

END_OF_DOCUMENT_TOKEN_TO_BE_REPLACED

The Bon-Vivant Girls’ Tips and Tricks to Enjoy Eating Out

by Nathalie Botros We all know how to lose weight: “eat less and healthier, exercise more”. So how come we keep failing? It isn’t because of lack of strength and determination, but because we try to lose the weight with a “diet”. The minute we say the word “diet”, our brain translates it to “restriction”. Which means we are forbidden to

END_OF_DOCUMENT_TOKEN_TO_BE_REPLACED

New Orleans: Friday to Sunday, Food for the Gods

By Paul Rest Well, obviously no gods were there, at least not any that I could see. But there was some magic that happened weekends in thousands of households in the Greater New Orleans area that made one feel as if one was transported to a heavenly realm of gastronomical delights. It started like this: On Friday morning, the man

END_OF_DOCUMENT_TOKEN_TO_BE_REPLACED

In the Bleak Midwinter: Food stories from my youth by Paul Rest

Posted on February 8, 2017 by Basil & Salt Magazine Leave a comment

By the time February rolled around, winter’s firm grip in our area meant the implementation of different menus. Meals changed from those during the late autumn and early winter months and often included wild game, nuts and lots of canned vegetables from the basement cellar. Vegetables served for meals were canned or flash frozen and found in one of the